Love is more powerful then... Iron Man! - A fistful of Kung Fu AAR

Our story begins months ago. When master Yin spent his time training his students in the dojo, somewhat weak knocking on the door occured. When the door opened, she fell inside unconcious.
He knew her. She was the Red Rose. They met long time ago back in Tianjin. She was a freedom fighter that time and he has also been politicaly active. They have fought side by side. He didn't know that in the years that followed, she became a leader of mercenary group, murderer, kidnapper, known war criminal. 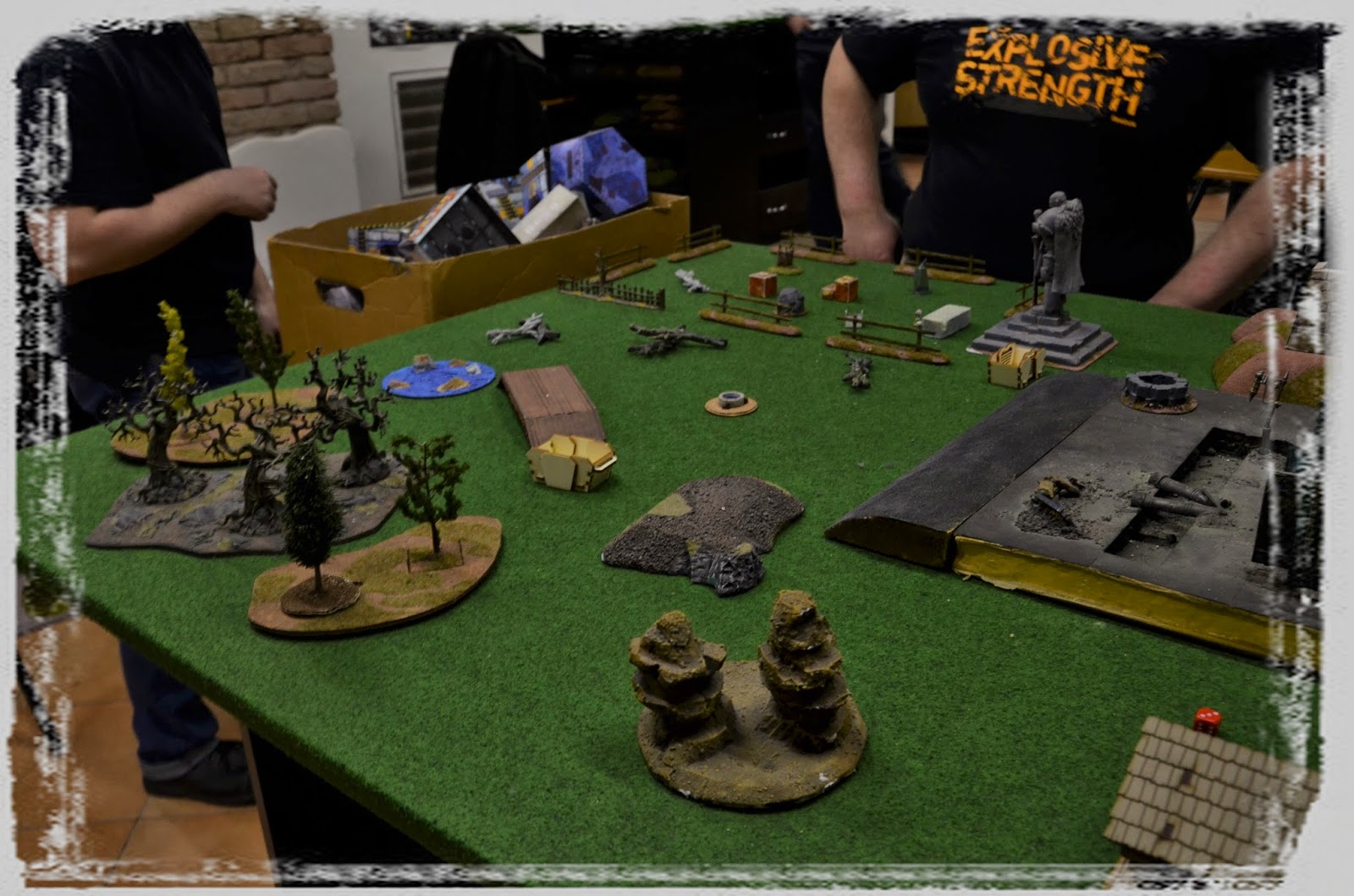 And now she was here. Mortaly wounded and poisoned. Master Yin has always been fond of her and now, when she was in his care, he utterly fell in love with her. They spent several weeks together and when she almost recovered, came the attack. 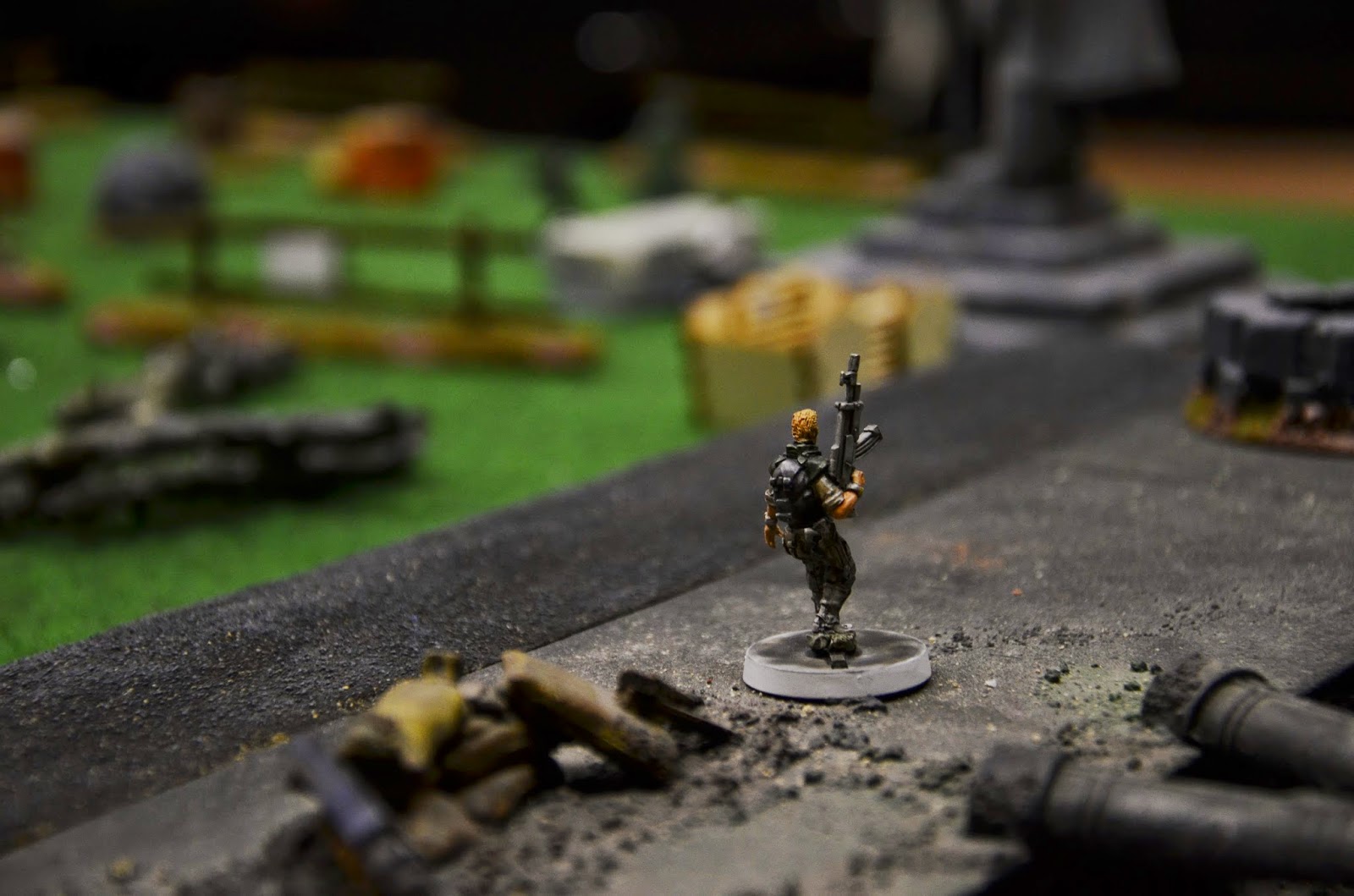 Several armored vehicles approched Yins school. Seven men, well trained and equipped jumped out and then, Sergeant Major Carlota emerged. She nodded when the master came to welcome her. "Master Yin" she said "I came here to protect you. You are supposed target of assault". Yin have been confused. Who would dare to attack his school? He have defeated several competitors already. "I need no protection" he said. She smiled and replied: "Let's say that your asailant is my querry. I would help you defend the girl." 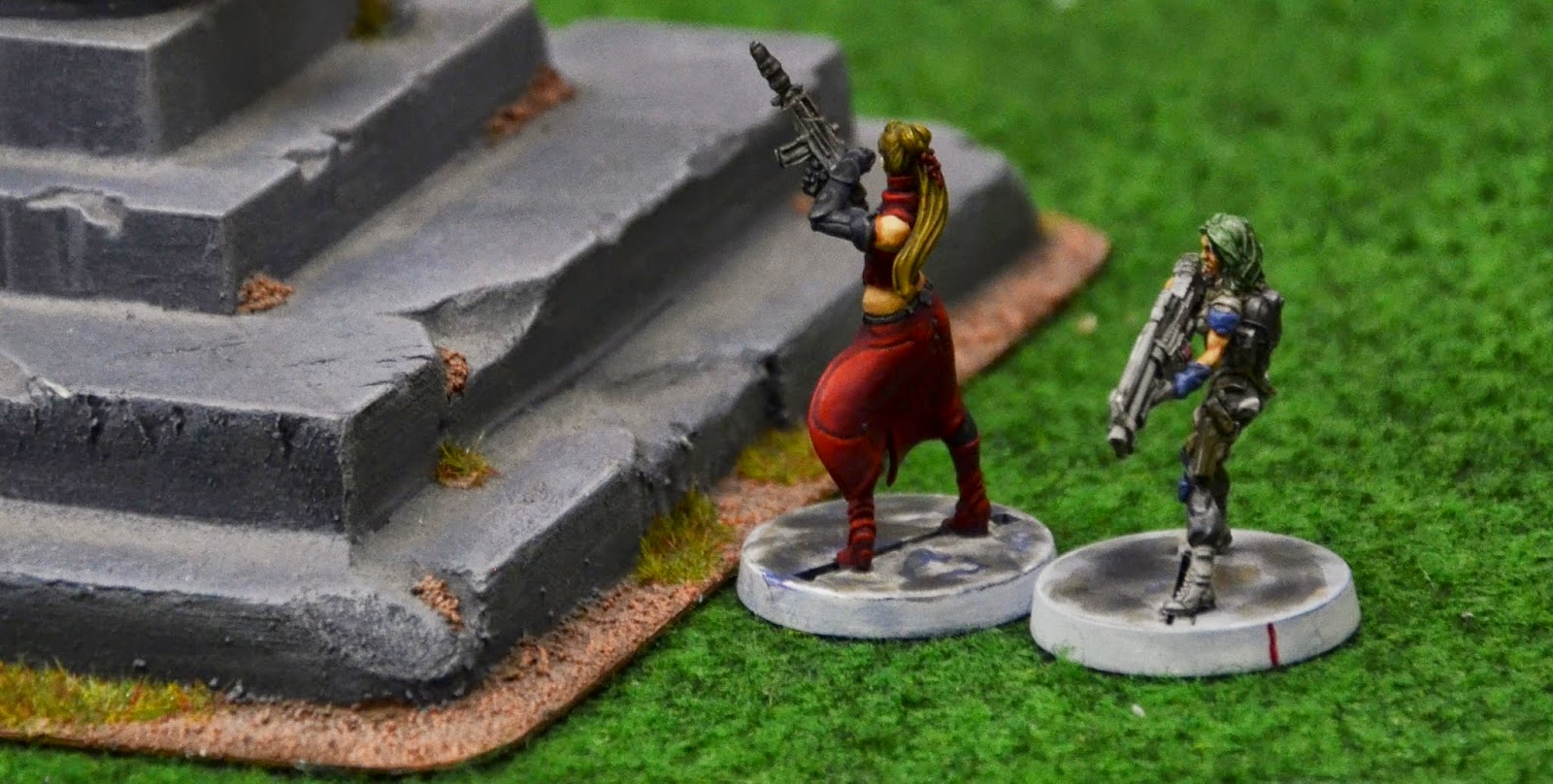 He  couldn't protest anymore. The sky rumbled like a thunder with no lightning as a fleet of metal figures arrived. The man in red and gold armour stood right in front of him and said: "Don't move, sir. I will just do my business and leave". Then Yin saw her, grabed by the iron gauntlet. He didn't knew the motivation of Iron Man but he knew this is his ground and his responsibility to protect Red Rose. He leapt and stroke down the metal man holding the girl. Realising that it's just remotely controlled suit of armor. He had two things in mind. To protect Red Rose and to beat Iron Man who challenged him on his ground.

"Open Fire" Carlota ordered and her men took position to shoot on the empty armors and on Tony Stark himself with little success. The Iron Man on the other hand flew around the battlefield, knocking out one shooter after another, hitting them with plasma bolts or taking them down personaly in hand to hand combat.

When Yin rescued Red Rose, he got lost in anger. He have charged the remote controlled armours with such a fury that metal could not stand. Dodge after dodge, strike after strike, kick after kick, he was getting closer to his opponent. 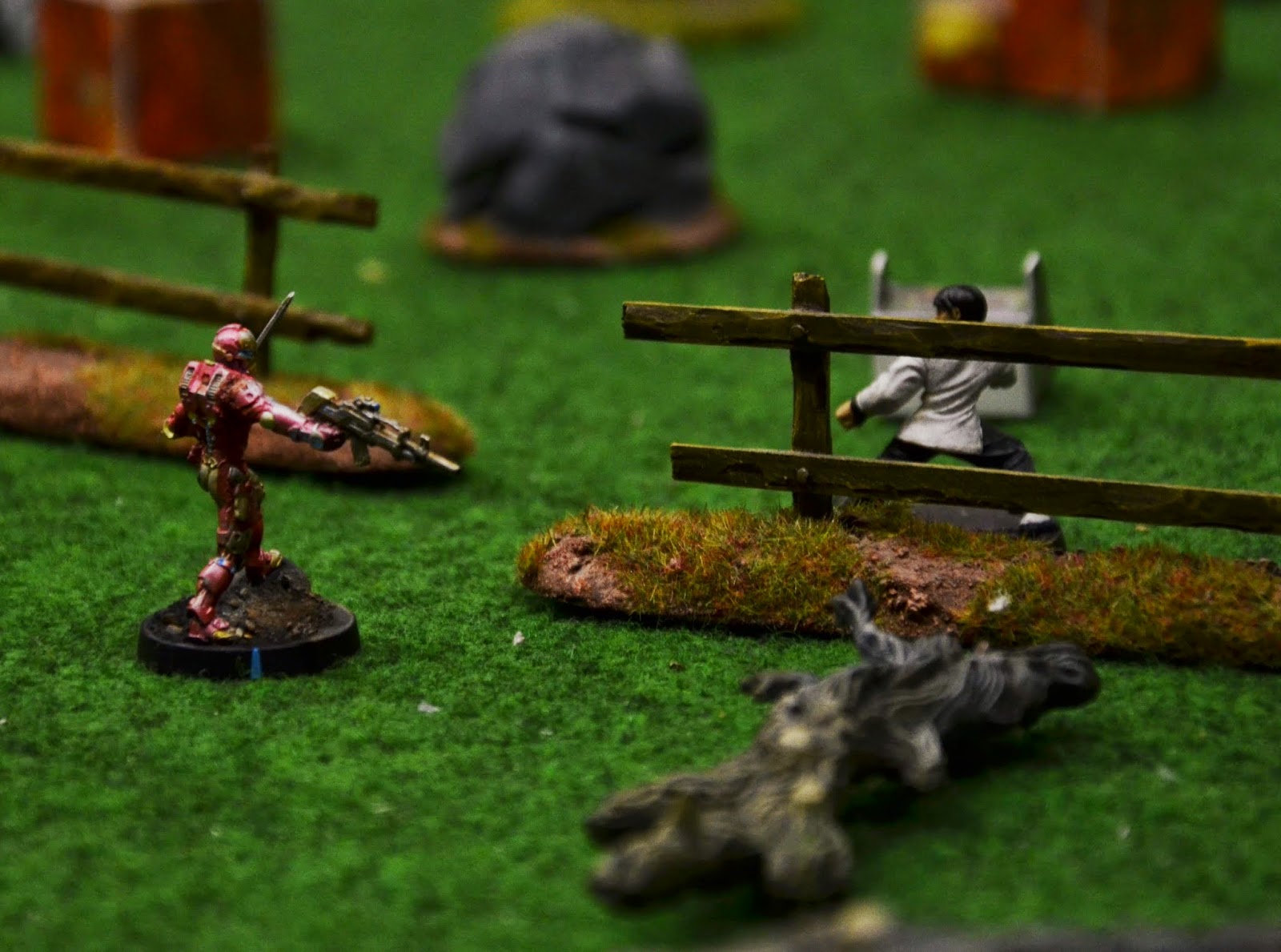 Finally they met each other in a single combat. Yin managed to remove both Iron Mans gauntlets, one by one by perfectly measured maneuvres. He had used everything he had in arms reach. An old branch of a tree. In one moment, he broke trough opened door of a nearby cottage to confuse the technical genius. Yet, Tony Stark stayed focused even though his armour has been seriously damaged. One of his other armors took hold of Red Rose again. She was his objective after all. 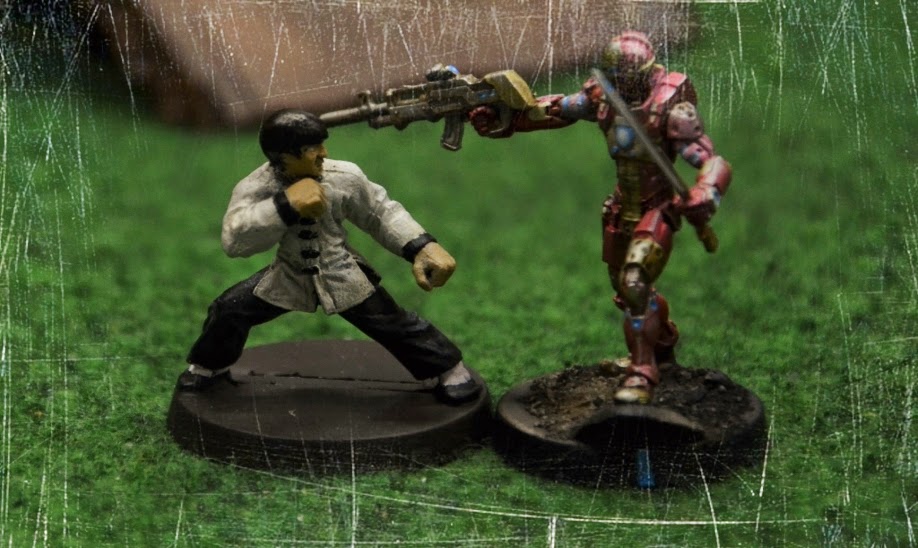 When Yin saw that, he disengaged immediatelly and focused on the most pressing task. He leapt! The jump was longer then the ordinary people are capable of. He landed on his feet and struck down the armor, shattering the steel to pieces. Iron Man used the time to recollect his gauntlets and flew after the lovers.

At the feet of the statue of long dead master, Yin and Tony Stark fought their final fight. One in heavily damaged suit of armor, the other with perfect disciplin and ages of training. The duel seemed to last for ages. Punch after punch. Strikes and blocks and kicks and shots.

Yin returned to Red Rose and kissed her. "Everything will be all right, my dear" he said. Who knows what will happen when he'll know who she really is? 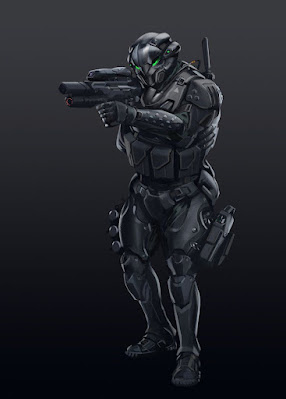